This morning Collin performed with his classmates in the parent program with a theme of "All Hail to Massachusetts".  Before the performance, I dragged him outside and made him pose for a few pictures. 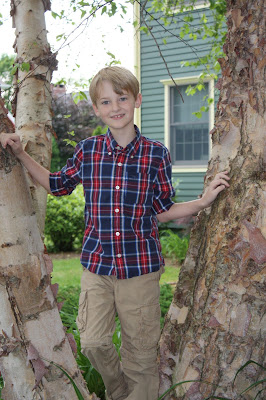 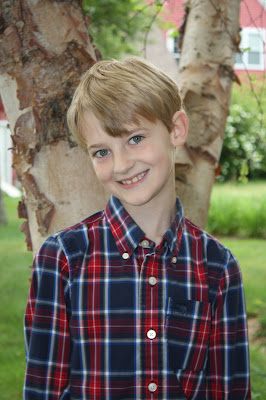 Last night he told me that he had to either dress as Paul Revere or wear red, white, and blue.  We went with red, white and blue seeing as though it was the last minute! 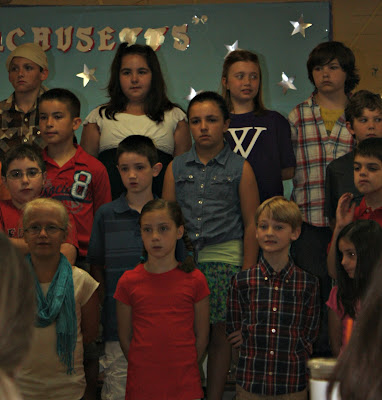 The third graders sang a few songs about Massachusetts and also told us a lot of facts about our state.

After the singing and fact sharing, we went to Collin's class to see all of the projects completed by the students.  Each third grader learned about a famous Massachusetts person and put together a biography, poster, timeline, biopoem, and some extra items. 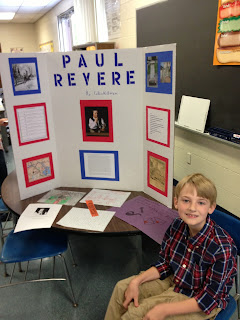 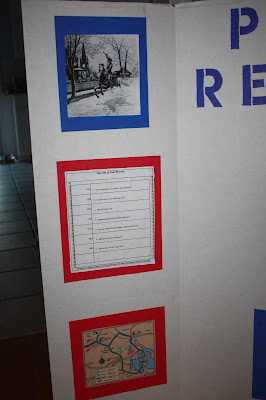 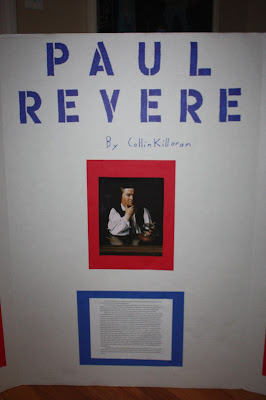 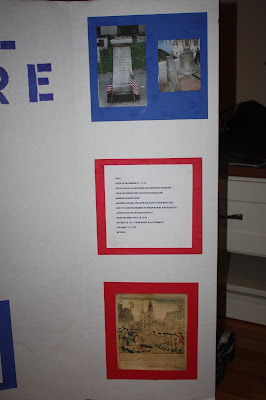 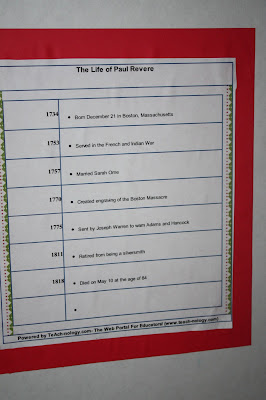 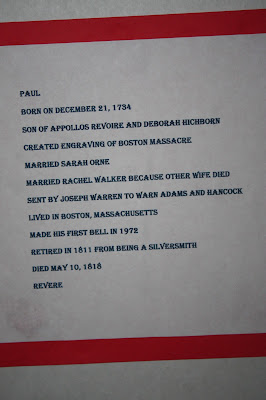 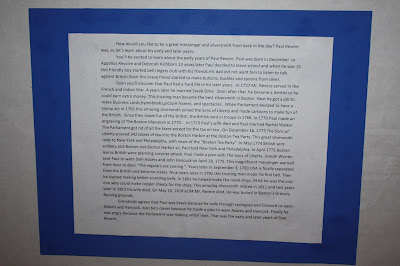 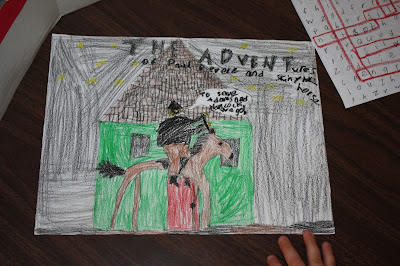 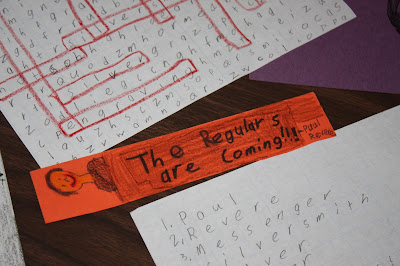 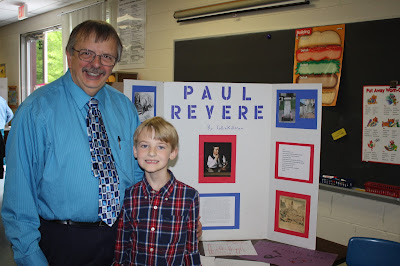 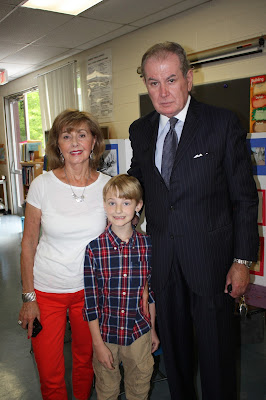 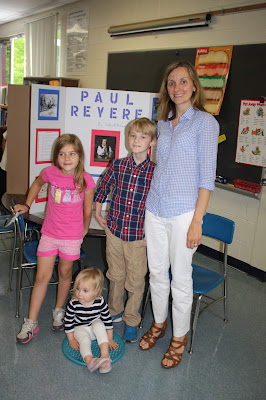 Tom had a trial this morning, but he was able to make it into the classroom after we left to see Collin's work.  I wasn't there to take his picture though. 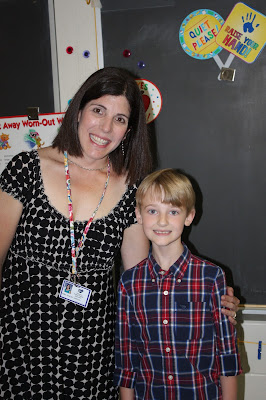 Collin with his teacher, Mrs. Ashton.

Here are a few of Collin's friends with their projects: 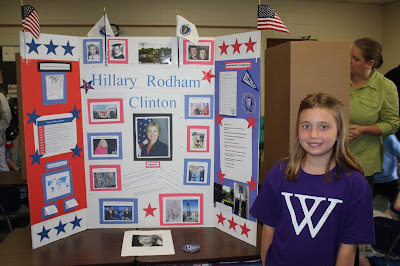 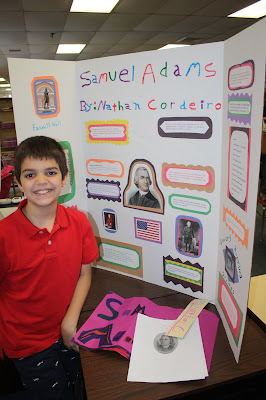 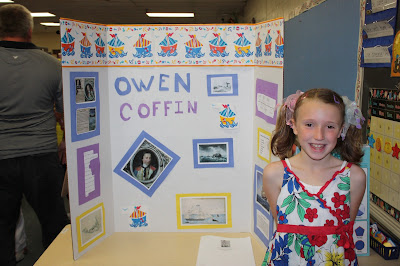 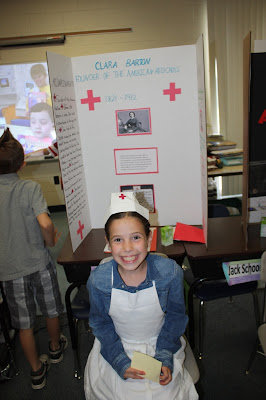 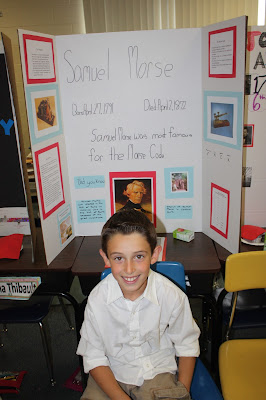 The performances and projects were all great.  It was nice to spend the morning celebrating the third graders.  Nice work, Collin; thank you for sharing all that you have learned with us today.  We love you!
Posted by Christy Killoran at 1:15 PM

How nice for the children to have so many famous people from the state to choose from. Now I have to go Google famous Montanans, to see if there are any :)

What a fun way to celebrate the end of the year! Collin did a great job on his project!

Looks like Collin had a fantastic year. It's scary what's expected in the end of the 3rd grade - it doesn't even sound that far away now :)

Don't you love how they always tell you these things at the last minute?