Today was opening day for rec soccer.  Collin and Reagan had games at the same time on opposite sides of the field, but Kate and I managed to walk back and forth and see some of each game. Somehow we lucked out with our timing and managed to see Collin and Reagan playing at the right times!

In past years, Reagan has had at least two girls she knows on her team, but this year she only knows one of the boys.  She is making new friends!  Also, because soccer has an August 1 cutoff for each age group, Collin plays with kids that are a grade younger than him, and he usually doesn't know any of the kids on his team.  This year, however, his good friend Matthew is on the team!

While I was watching Reagan's game, Collin took a ball off the face pretty hard, but Matthew's mom told me that he handled it well and kept playing. 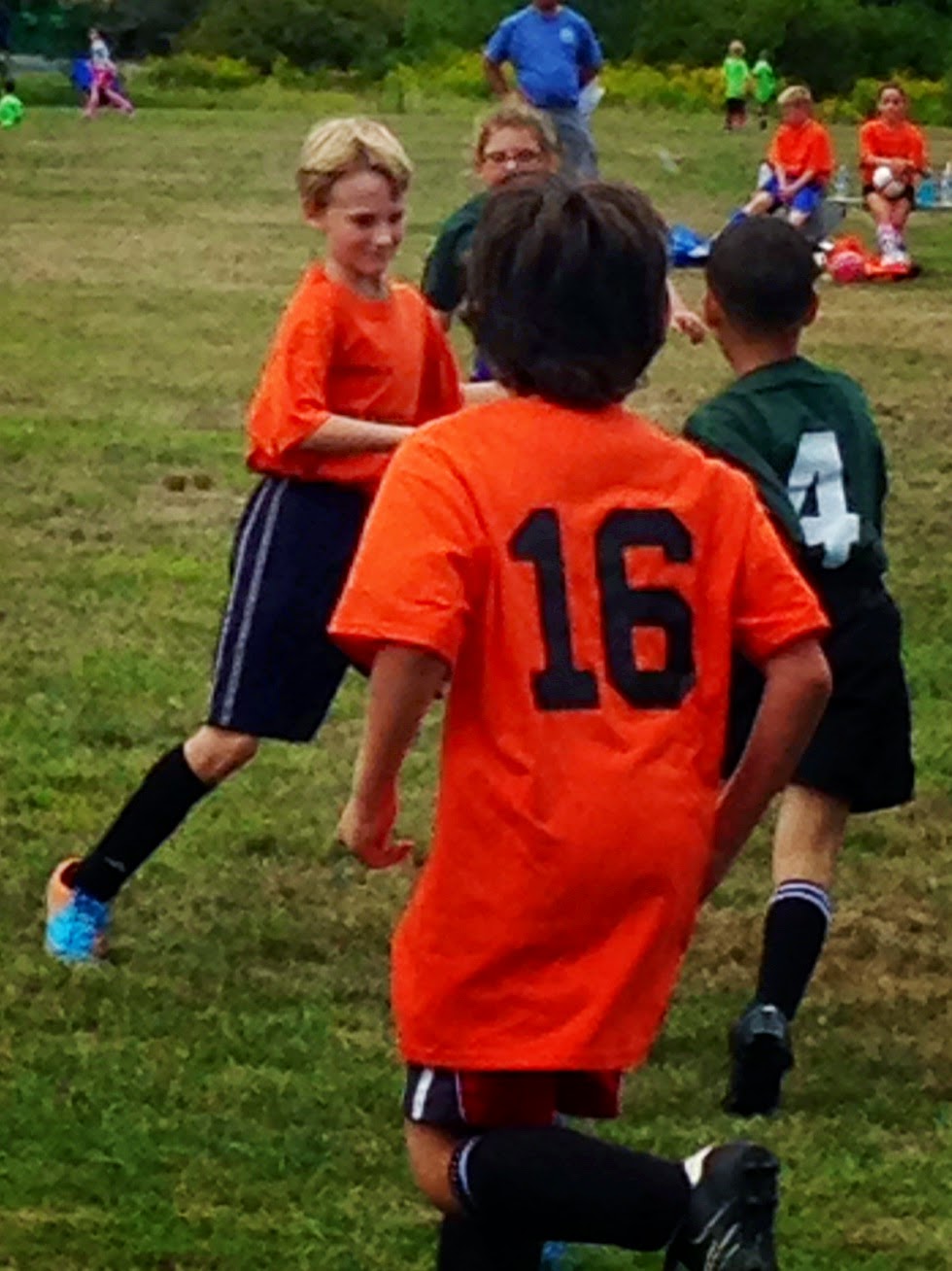 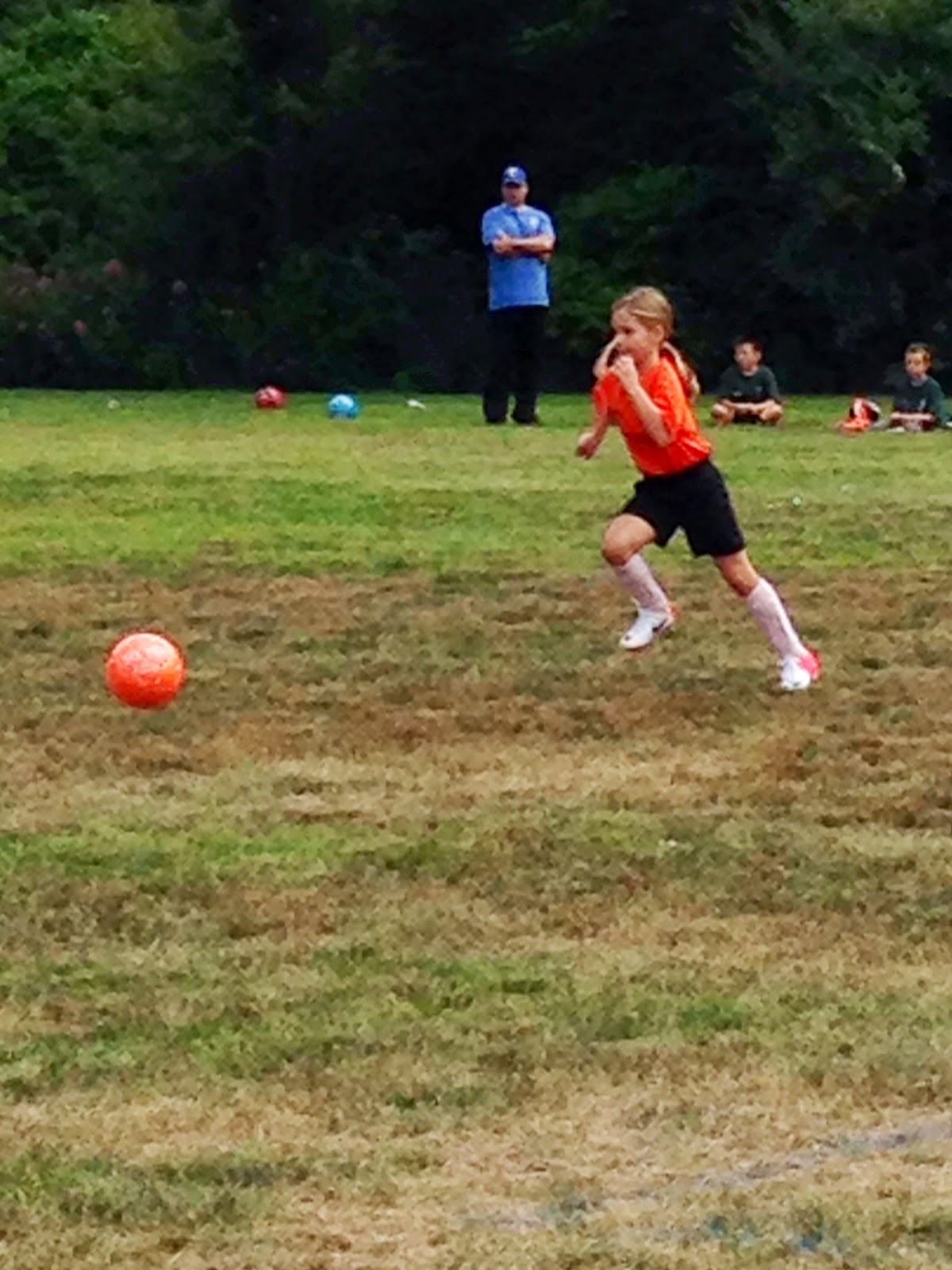 Both teams lost today, and I honestly can't tell you how anyone played, but they look pretty good in these pictures.
Posted by Christy Killoran at 7:32 PM

We are starting soccer season as well!
That makes a huge difference to know people on the team!
My kids don't know anyone!

Woohoo for fall sports :-) Looks like they are all having fun on the field!