Eighteen years ago, this baby boy made me a mom. 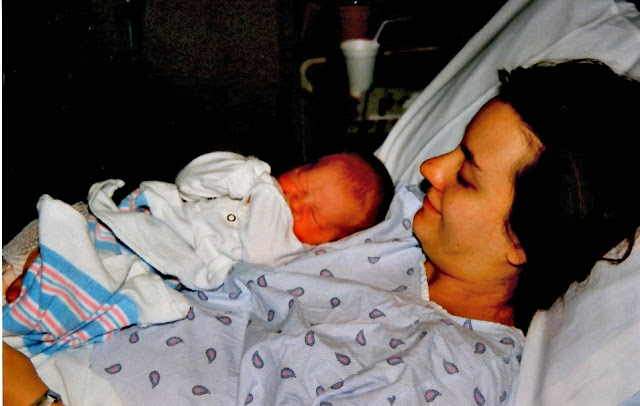 It might not be noticeable to most people, but I look at that tiny head and remember the awful bruise he had covering his entire head from being vacuum extracted.  I also remember what a shock it was leaving the hospital with him.  I was full of love for him, but absolutely terrified about being responsible for his life!

I cannot believe that eighteen years have passed.  I hate to even write that because I find myself saying it all the time!  Where did the time go?  How is it possible that another year has gone by? But it's true; the time just flies by.

A few thoughts:
We celebrated his birthday with his favorite meal - steak and mashed potatoes.  Then we had cake and ice cream.  The cake was from Pattie Cake - chocolate with cookies and cream filling. 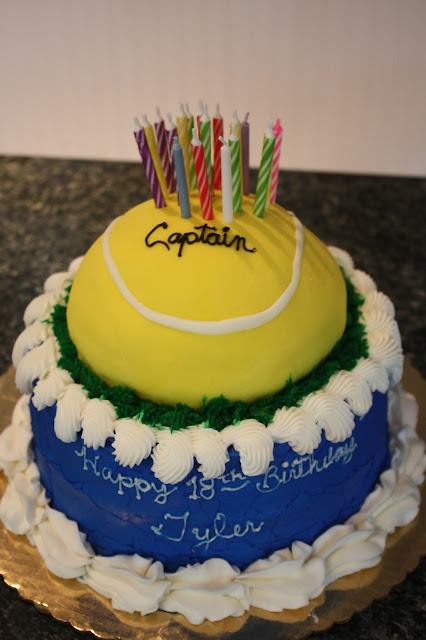 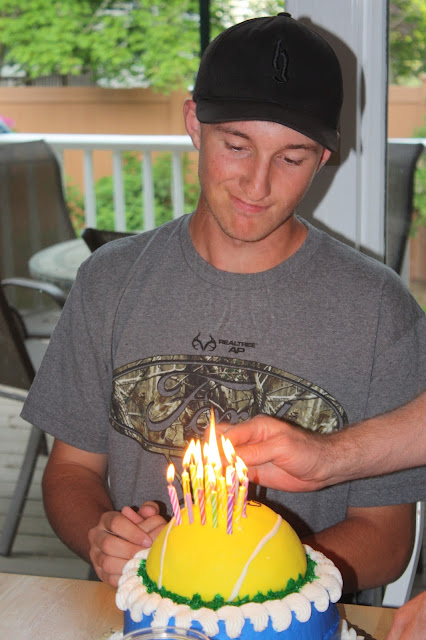 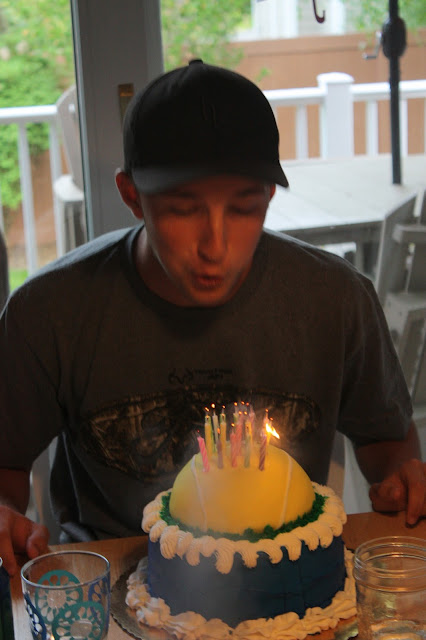 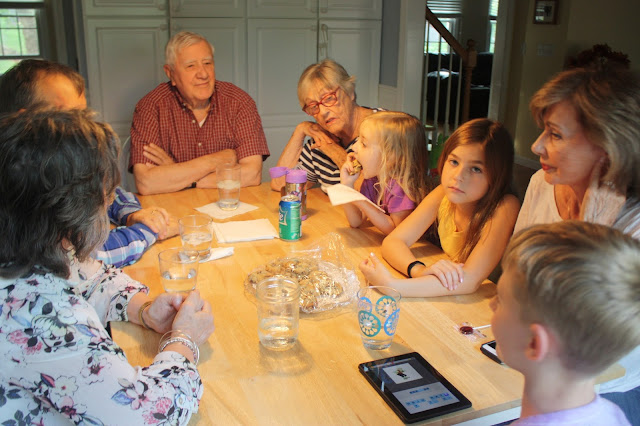 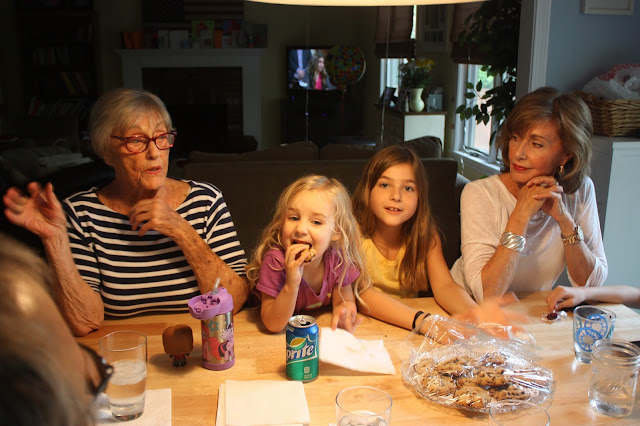 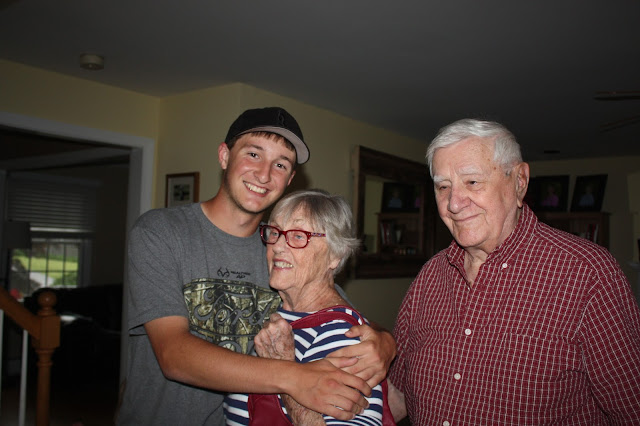 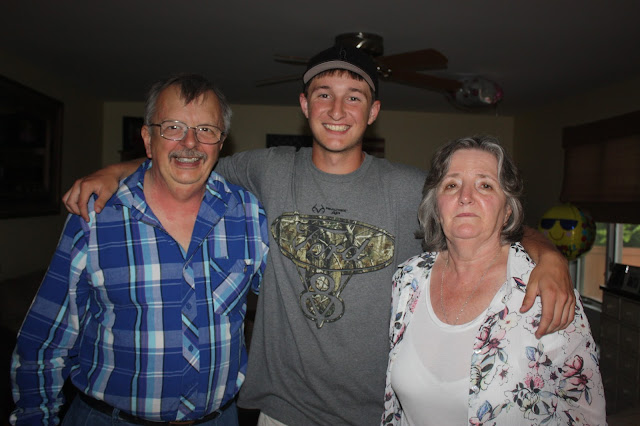 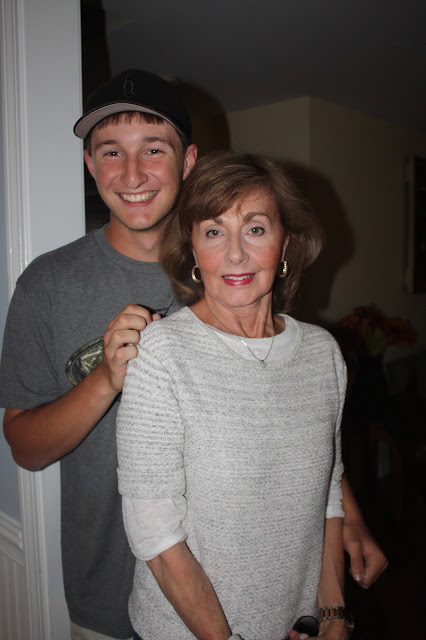 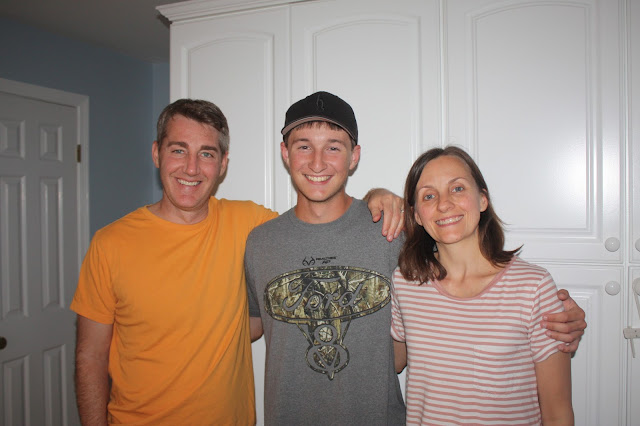 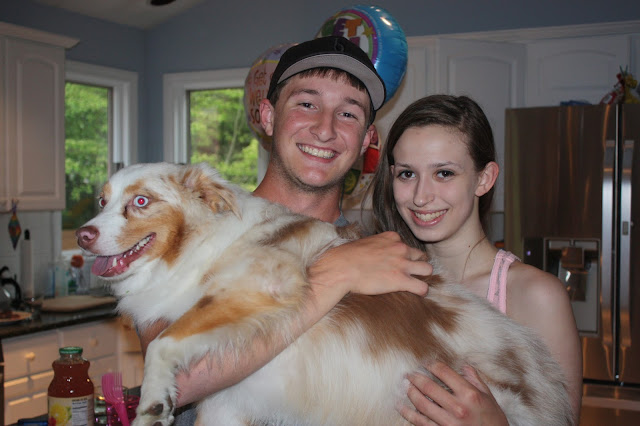 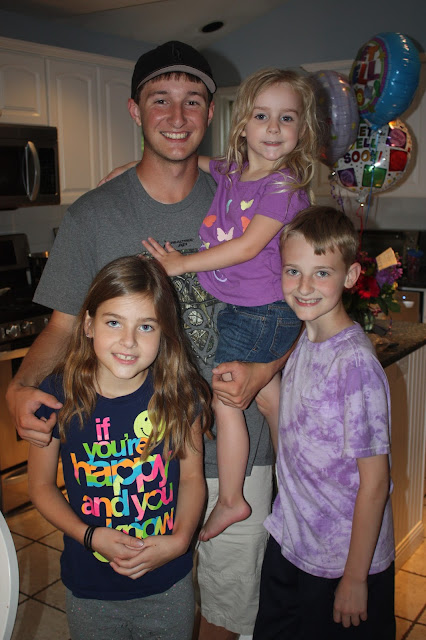 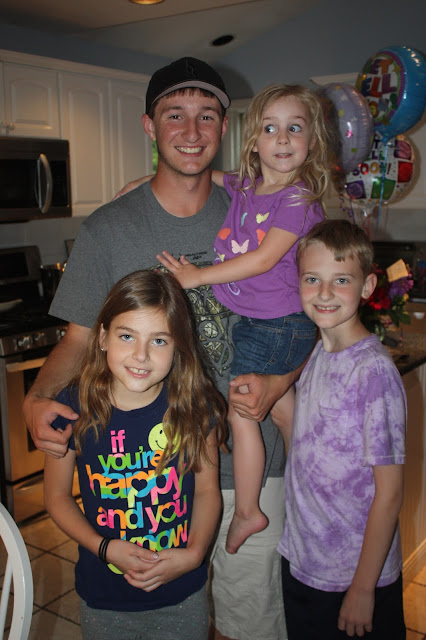 Happy Birthday, Tyler!
Posted by Christy Killoran at 8:49 AM

Happy Birthday Tyler!! You guys don't look old enough to have an 18 year old!! That cake is awesome!! What are his plans for next year?

HAPPY HAPPY BIRTHDAY TYLER!!! Love the cake! Love the photos! Love the tribute to him!