Collin, Reagan, Katelyn, and I went to Plymouth yesterday.  The weather was absolutely perfect, and we all enjoyed the day.

We started at Plimoth Plantation.  I chaperoned Collin's third grade field trip to Plimoth Plantation last November, and it felt so rushed that I promised we would visit on our own.  It was very nice taking our time walking through the villages and speaking with the natives and Pilgrims.  Note:  "Plimoth" is spelled this way (different from the spelling of the town name) because that is the original English spelling.

Our first stop was the Wampanoag village. 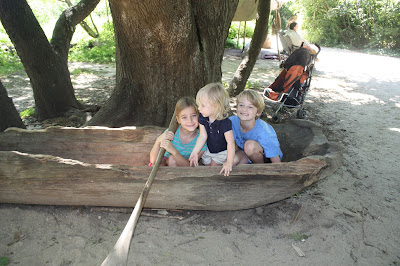 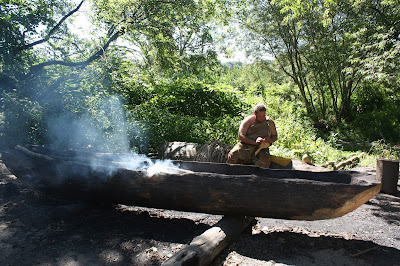 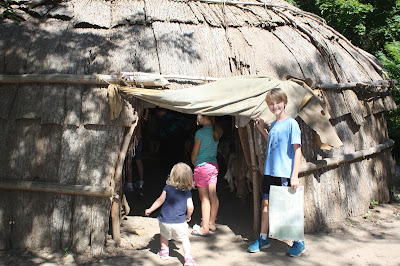 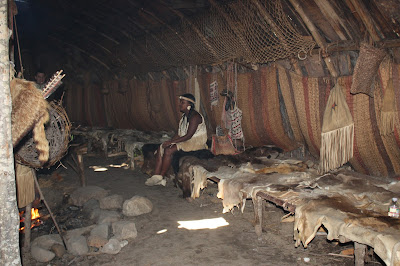 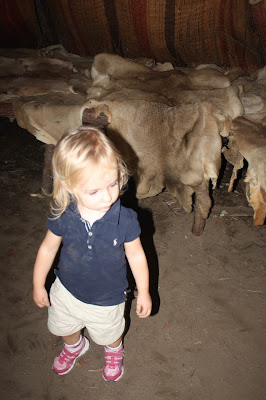 Notice that Kate's shirt is already dirty.  The first thing she did when we got there was sit down in the dirt to play!  You should have seen the back of her shorts. 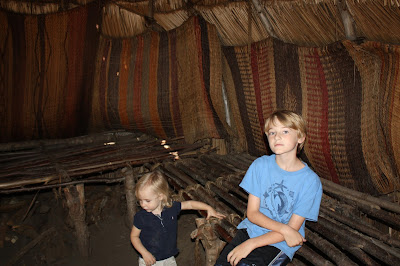 Kate would not sit on the benches.  She didn't like the animal furs AT ALL!  She seemed to be frightened by them at first.

I didn't even get a picture of the funniest part of our time in the Wampanoag village.  There was a man walking around in a loin cloth, and Reagan was incredibly embarrassed.  Her face was so funny; she just didn't know what to make of him and his attire.

We moved on to the English village. 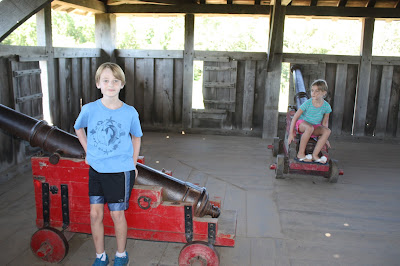 This is the inside of the meeting house. 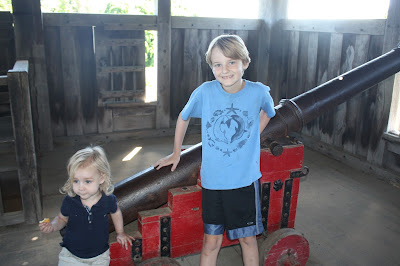 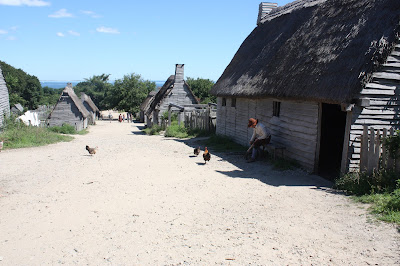 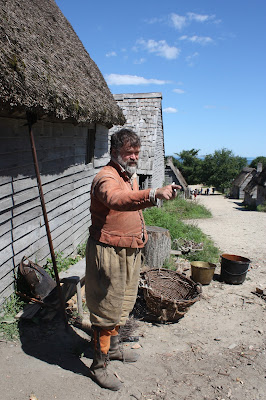 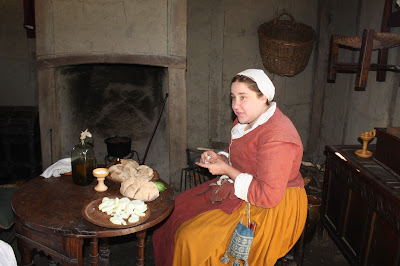 This woman was preparing a supper of lobster with fried bread and onions.  She mentioned that eating lobster is such a bore because they eat so much of it.

Reagan asked one of these women where they "go to the bathroom".  The woman replied that she didn't understand the question.  A man in the house with us said, "I think she wants to know where your privy is".  The woman then pointed out the chamber pot under the bed, and mentioned that they also go out in the garden.  Reagan thought this sounded terrible and said that she would never go! 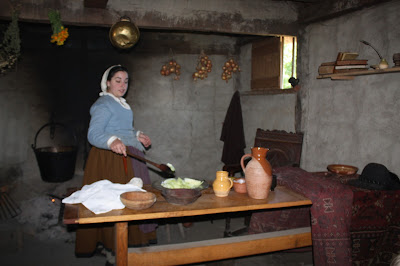 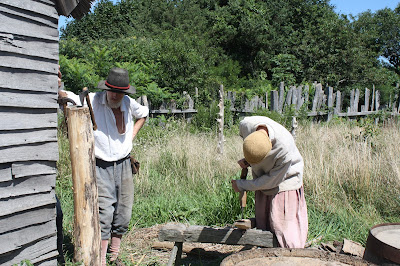 Collin asked these men about their work; they were working on the fence. 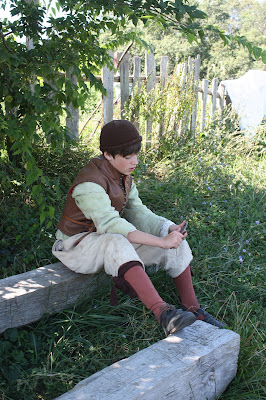 This boy is eleven.  He made Reagan laugh because when asked if he had any encounters with Indians, he said that they are quite frightening because they are half naked, have tattoos, and carry arrows.  Of course Reagan thought it was funny that he mentioned the part about being half naked. 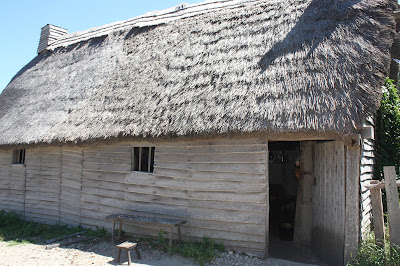 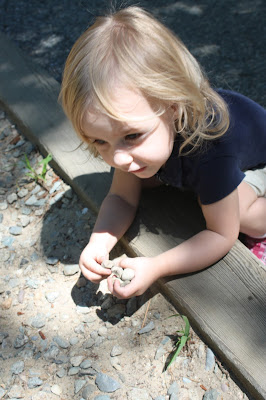 And there is Kate playing in the dirt again.  She insisted on carrying rocks too.

Once we had visited each home, we went to the discovery room so the kids could reenact a bit of what they experienced. 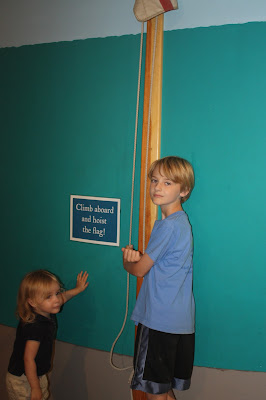 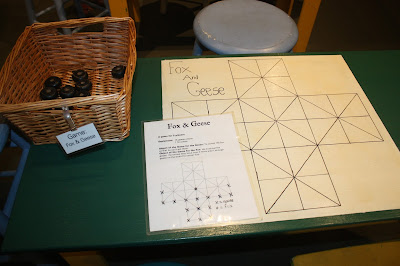 There was an area of games and toys that I thought was neat.  Collin and I thought this game sounded fun. 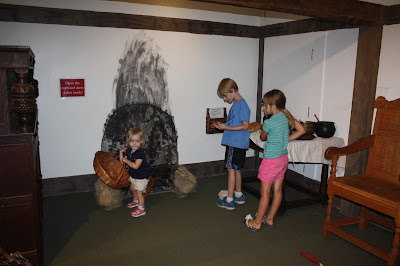 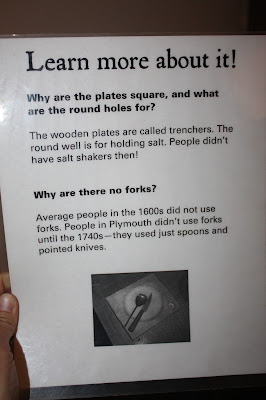 We ate lunch right after we left this area, and the kids chose to be Pilgrims and not use forks. 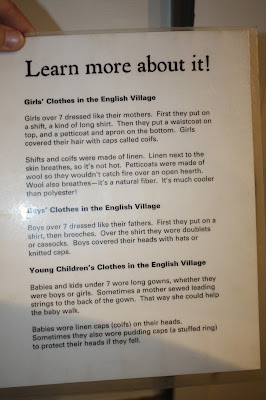 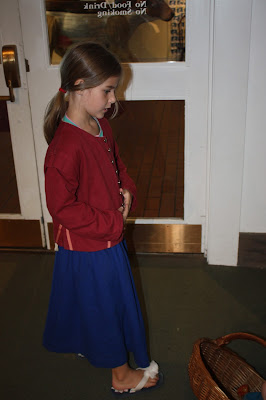 Reagan wanted to buy Pilgrim clothes in the gift shop after this, but the outfit was $60 and I couldn't justify that expense! 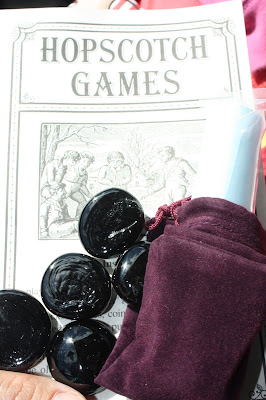 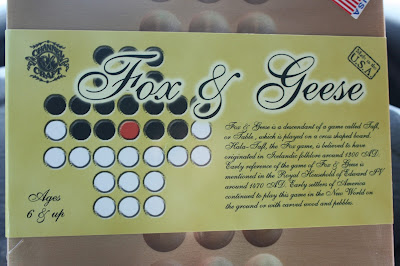 This is the game we saw in the discovery room.  Hopefully we can play it this weekend.

Plimoth Plantation was great.  We spent about three hours exploring.  I was surprised to see that there weren't many people there, but it was nice because we had a lot of interaction with the Pilgrims and Indians.  Reagan has so many questions about Pilgrim life now; I think I have to write them down for our next visit!
Posted by Christy Killoran at 8:21 AM

I don't know if you are familiar with these books by Kate Waters but Reagan might like them:

This is absolutely incredible! I'm impressed how the workers stayed in character! The huts are amazing! I just love everything about it!
(I also am loving being back on your blog...I've been able to view it...but blogger hasn't let me leave comments for the last couple of days!)

I find it amazing that you can "go for a day to Plymouth". You live in an amazing part of the country!

What fun!! So much to see and learn! I had to LOL at the lion cloth part!

I always love the living history reenactors. It's quite cool to me.