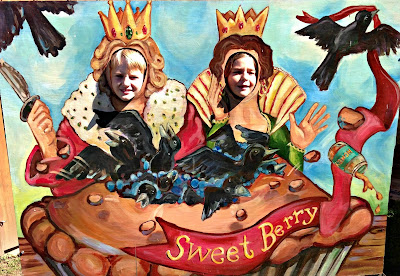 This morning, Tom, Collin, Reagan, Katelyn, and I went to Sweet Berry Farm to pick apples.  The weather couldn't have been better.  The sun was shining, the sky was blue, and it was a nice, comfortable temperature.  Supposedly, it was about sixty-five degrees, but it felt warmer in the sun.

The last time we went apple picking, Collin and Reagan were really little.  That time, we went to a place that had huge apple trees and we had to use long poles to get the apples.  Here are a few pictures from that adventure in October of 2007 (by the way, it was about ninety degrees on that October day!!!): 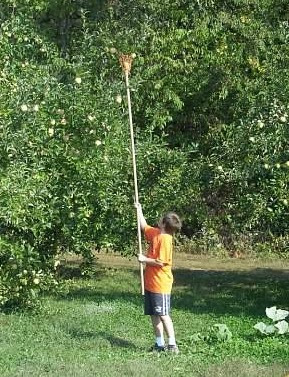 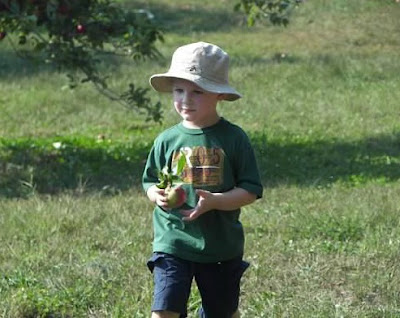 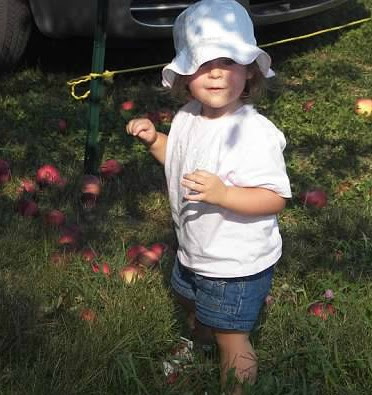 Reagan was about nineteen months.  Funny to see her in that hat; I still have it and Kate wears it often.

Sweet Berry Farm is much better for young kids because they can reach the apples to pick them on their own. 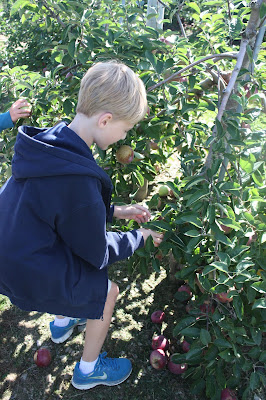 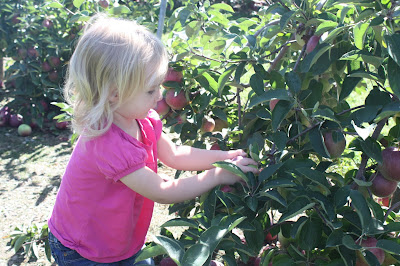 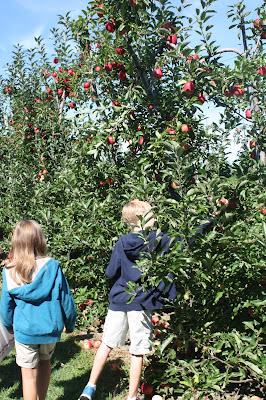 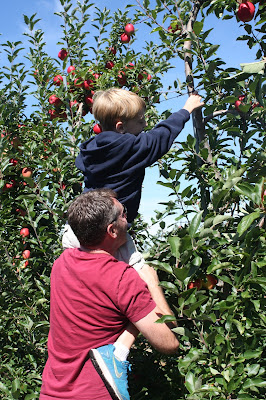 Tom spotted a perfect apple pretty high up, and Collin was happy to reach for it. 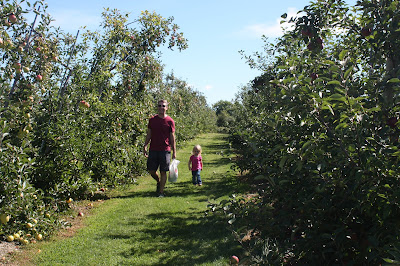 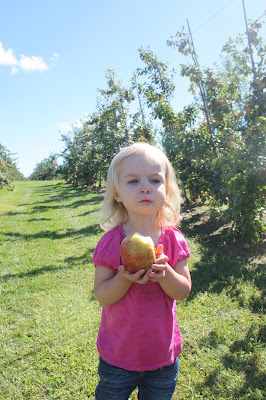 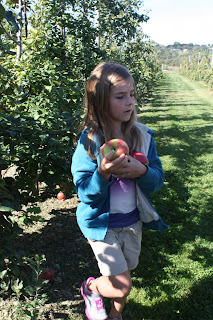 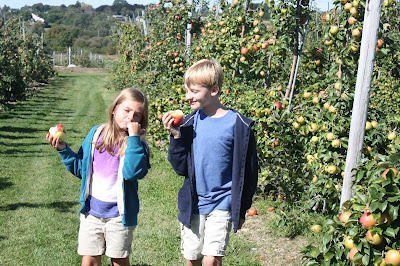 Sweet Berry Farm allows (and actually encourages) you to eat while you pick.  I love that! 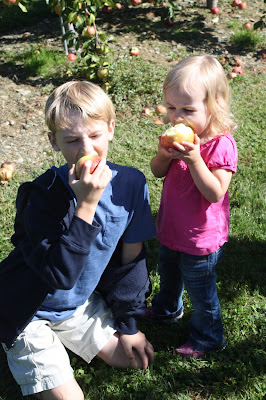 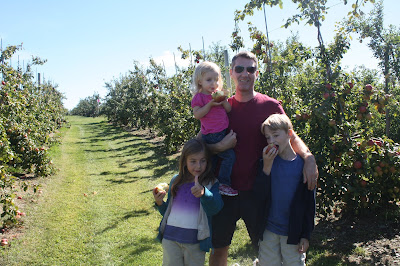 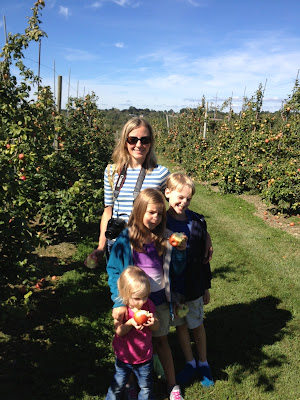 After we filled our bag of apples, we decided to pick peaches. 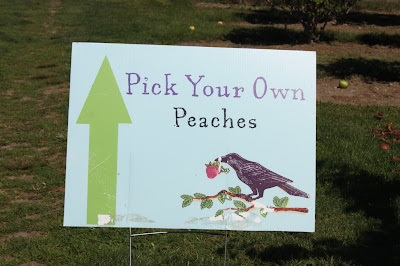 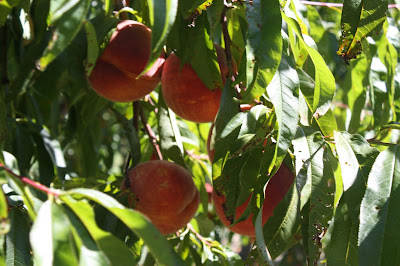 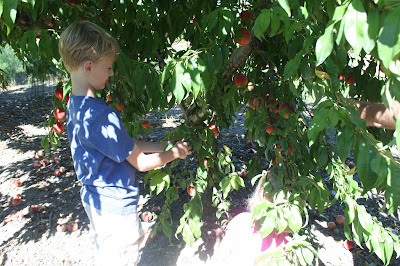 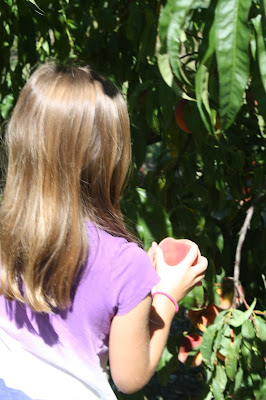 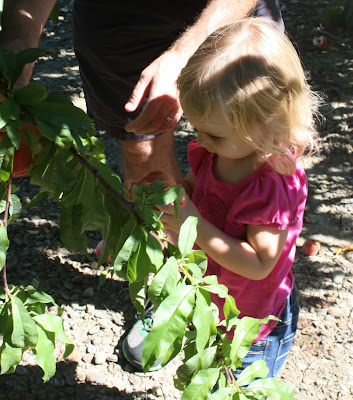 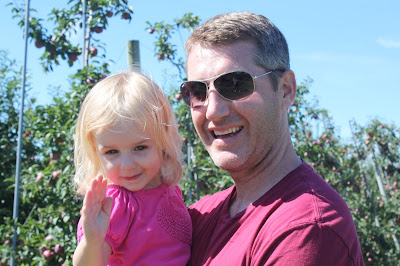 Soon after we got home, I made a Walnut Apple Peach Crisp with Cinnamon Brown Sugar Crumble, and it is just about ready.
Posted by Christy Killoran at 2:02 PM

What a fun day!! I can't wait to go apple picking next month!! That last picture of Kate is adorable!!

This sounds like a perfect fall outing. Too funny to see pictures of Reagan and Collin when they were so small!