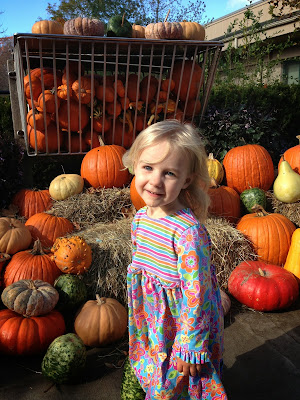 Kate and I went to the Buttonwood Park Zoo this morning.  It was so much fun to be there with her today.  The weather was absolutely beautiful, and this zoo is tiny so Kate was able to walk the whole time and just enjoy it.  She was in a great mood and had a lot of fun.  The pumpkin display caught Kate's eye as soon as we entered the zoo, and I couldn't have asked for a sweeter picture of her in front of it.  The dress she wore is Hanna Andersson, and it was Reagan's; I love seeing Kate in clothes that Reagan wore!

We saw all of the animals.  Kate was most interested in the farm area.  All of my children have always liked that part of the zoo best.  Maybe it's because the animals are a little more accessible with just open fencing between the animals and visitors, instead of being behind glass or some other type of enclosed caging.  Or, maybe they just like farm animals!

Every time we stopped to observe an animal, Kate would ask if she could go in with the animals!  In the farm area, she tried to crawl under the fence! 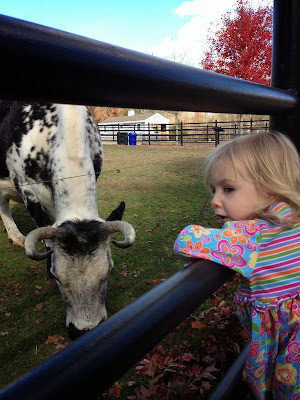 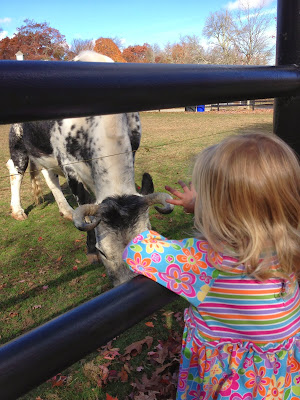 We bought tickets for the carousel and the train, and we had both of them to ourselves.

Originally, Kate wanted to ride the giraffe, but because it is stationary, she chose the tiger instead. 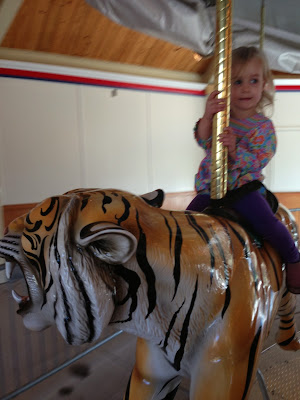 She was a little nervous on the carousel, but overall she enjoyed it.  I think she enjoyed it most when I was holding her as tight as I possibly could!!

Kate had her choice of cars (coal, yellow, blue, or red caboose) and chose the blue car on the train.  I offered to let her sit on my lap so that she could see better, but she was very happy and proud to sit on the seat with me sitting next to her, and she thoroughly enjoyed the bumpy ride. 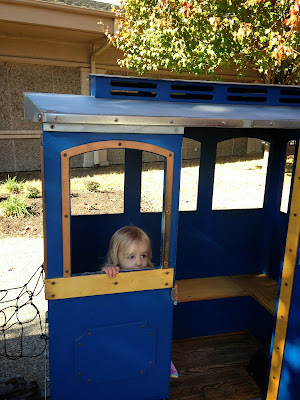 Kate was SO good the whole time and she really seemed to soak up the experience of being there and watching the animals, in addition to enjoying the rides!  It was a perfect morning!  I love my little girl!
Posted by Christy Killoran at 10:42 PM

My little ones asked me "Mom, Don't you remember the zoo?"...I guess that means they want to go?
I love that Kate is wearing Reagans dress! (That's all poor Annika gets...hand me downs), but it's because I LOVE it too! So adorable!!!

What a fun morning with her! She is such a cute combination of Reagan and Collin!

My kids are the same way, the always love the farm area best.

What fun! Kate looks so big on the merry-go-round!!