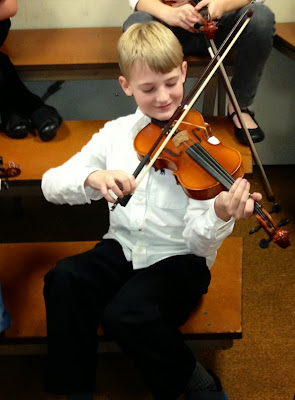 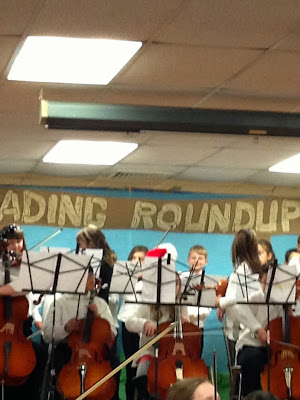 Here is a short video of the first song the fourth graders played:

Posted by Christy Killoran at 3:45 PM

How fun!! I loved getting to hear them play!

That is so cool that he plays the violin!!!

Ha ha, loved the song, it made me smile.

In Texas they don't start electives like orchestra or band until 6th grade, but I remember starting the flute in 4th grade when I was in California.

How awesome! Collin is becoming quite a musician - I hope he will carry his love of music through his entire life!