Dinner with the Grinch

We have been attending dinner with the Grinch for a few years now, and it is one of my favorite holiday activities.  The man in character is fantastic; his mannerisms and voice are spot on with the Jim Carrey Grinch.  He tells the entire story from memory as all the kids sit around to listen, and even I enjoy watching him perform.

I wish I thought to get video!  Next year! 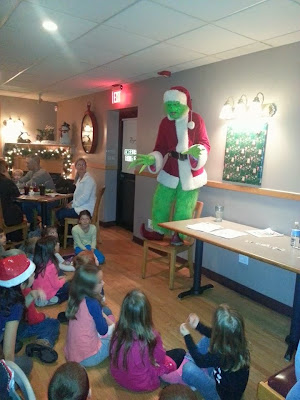 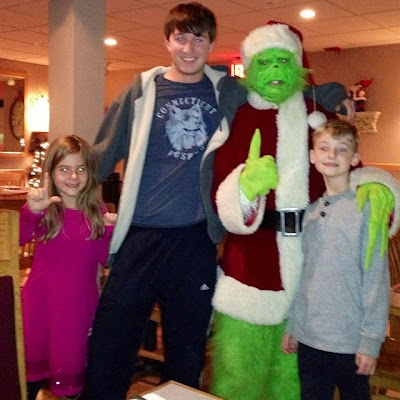 I didn't get a great picture.  Kate was clinging to me.

When the Grinch walked into the restaurant, Kate took one look at him and hid behind me in the booth.  She gave out a bit of a scream too.  Most of the night, she enjoyed watching him from a distance, and she even gave him a high five at one point, but she did not want him near her.  As with the spooky Gauthiers' house on Halloween, and the Santa visit last week, Kate is still talking about the Grinch today.  Poor kid has these three scary things stuck in her head and brings them up regularly.

This is my attempt at a Grinch snack: 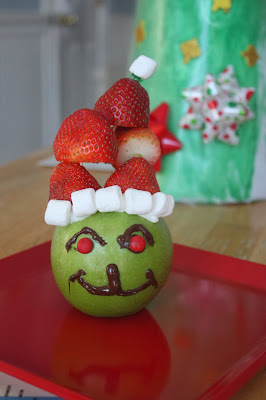 Collin and Reagan said I made his face too happy.
Posted by Christy Killoran at 3:22 PM

What a fun event!! I would have loved to go and see it! Poor Kate!

What a great idea!