I am SO FAR behind on posting.  I considered just skipping all of the stuff that happened and just going forward, but I'm way too sentimental to leave anything out.  Here's a look at the second half of August. 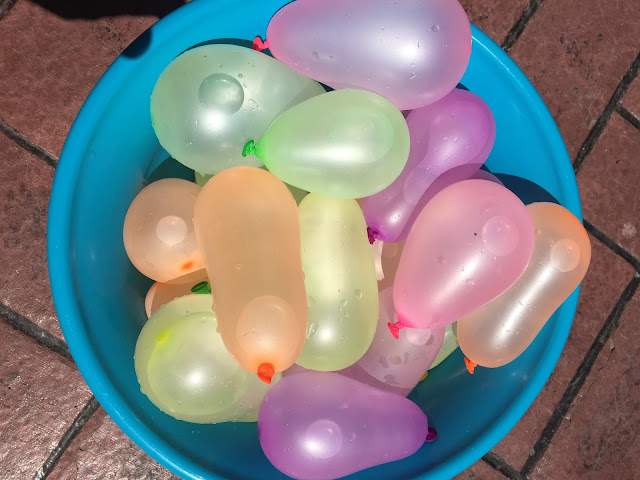 Kate and I had quite a few water balloon battles. 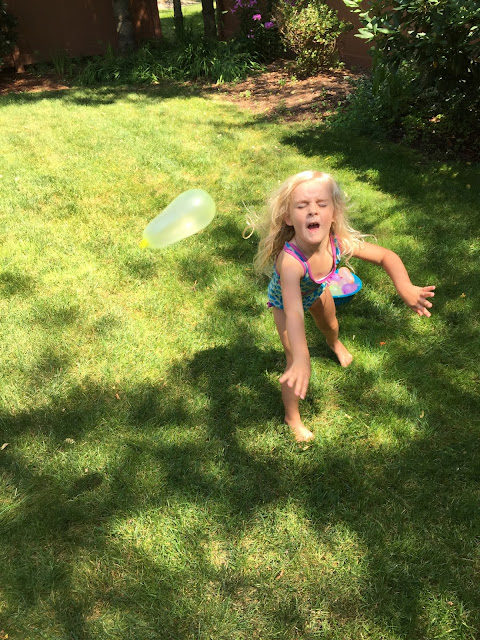 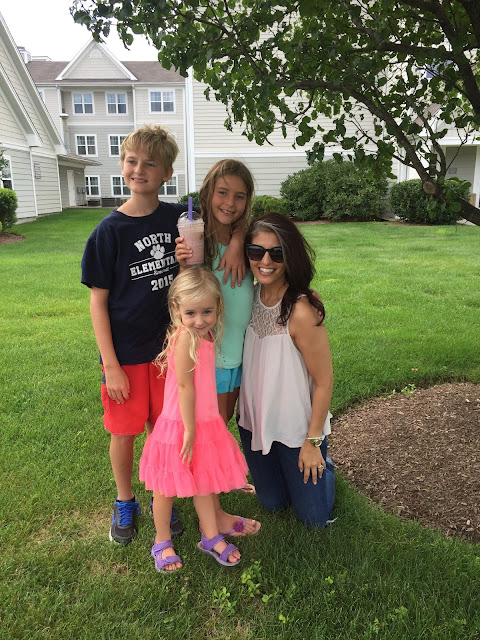 My cousin Sandra visited from Florida.  Collin, Reagan, Kate and I had a great time with her.  The kids swam in the pool at her hotel and we went to Panera for lunch. 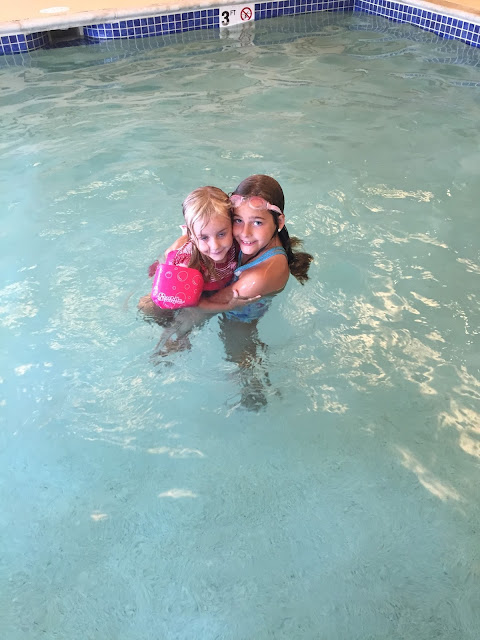 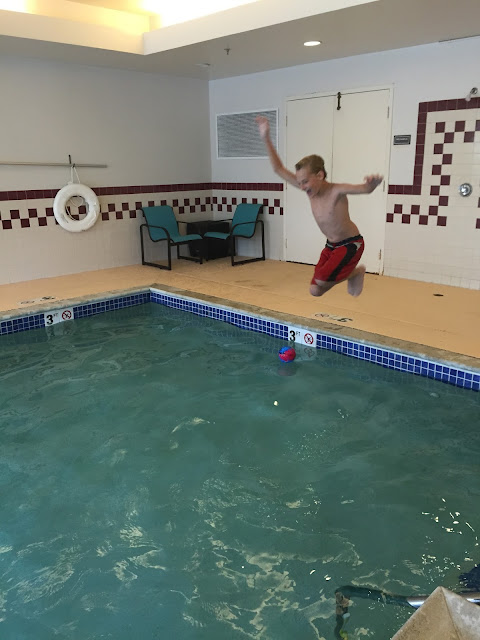 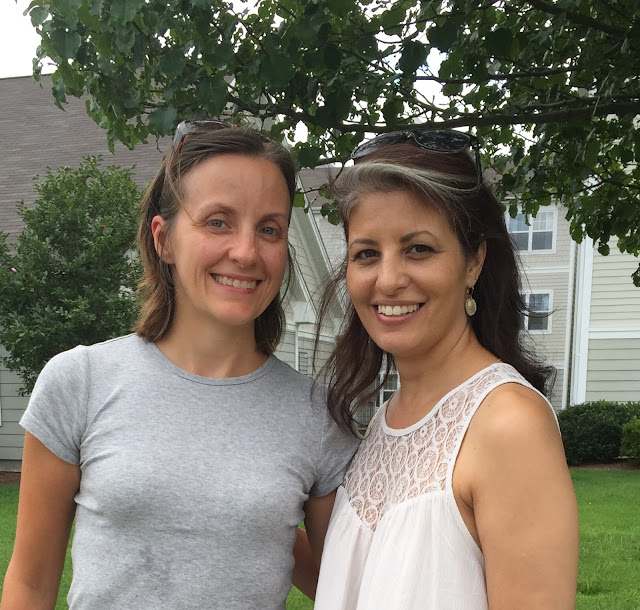 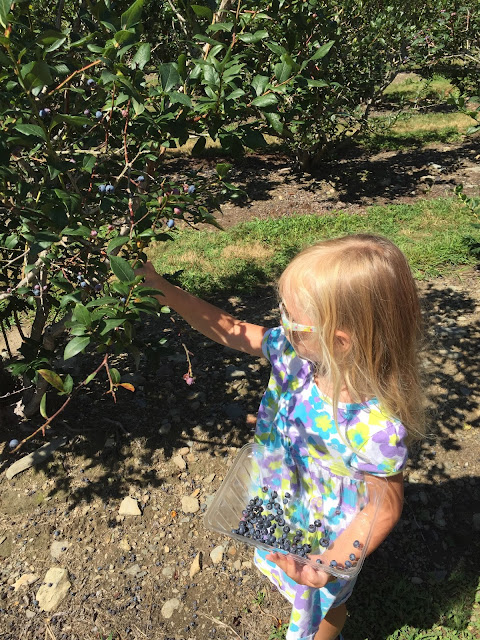 We went blueberry picking on a super hot day.  It was the end of blueberry season and the bushes were pretty bare. 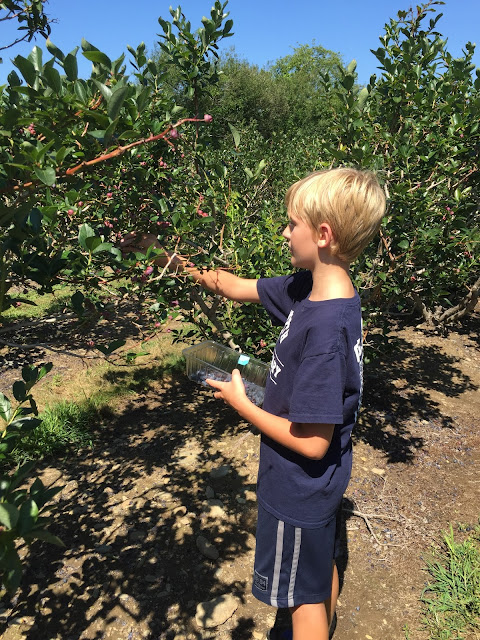 I purchased two of these huge containers to fill, and we didn't even fill one.  It was just too hot and the pickings were too slim.  We did get enough to make our favorite blueberry muffins and blueberry pie! 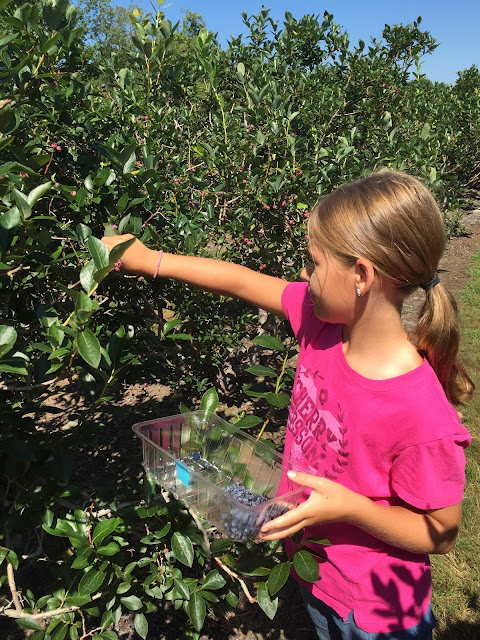 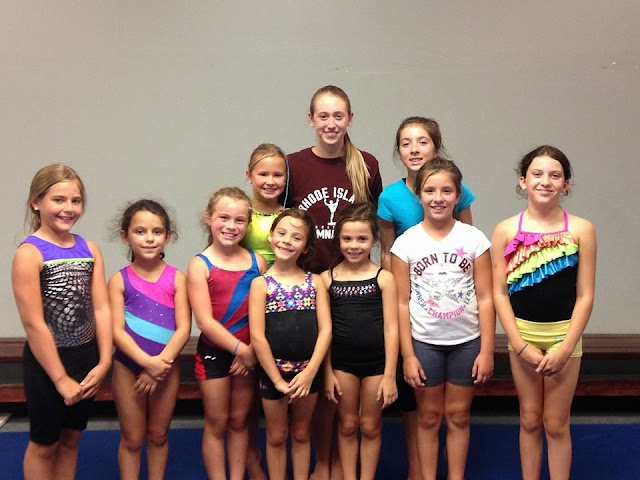 Reagan had a great summer of gymnastics with this group of girls.  I think they are all still together for this season.  Reagan is competing at the Xcel Silver level this year and this means that she is now competing sanctioned.  I don't know enough about gymnastics to know what this really means, but my explanation is that her scores are more meaningful and will be used to determine eligibility in meets.  (FYI:  the two girls in the front middle are half of a set of quadruplets!) 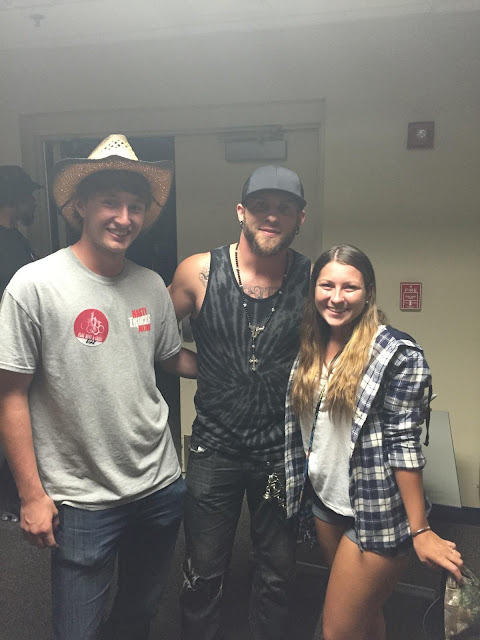 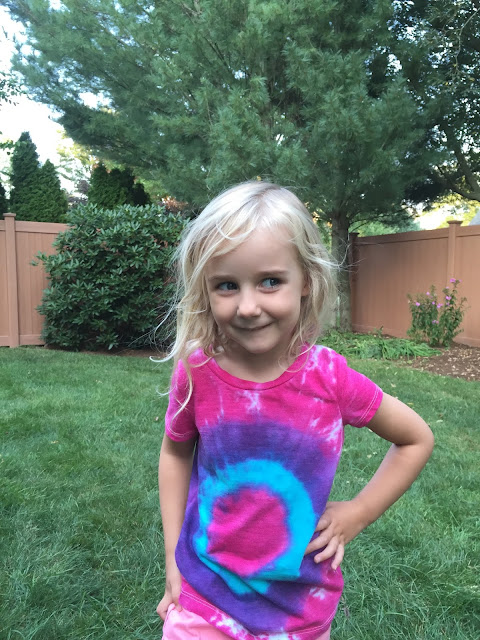 We could not let summer slip away without tie dyeing. 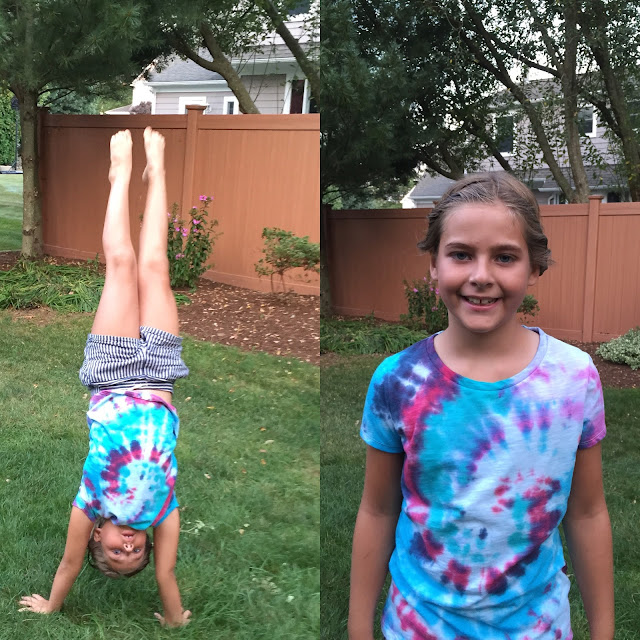 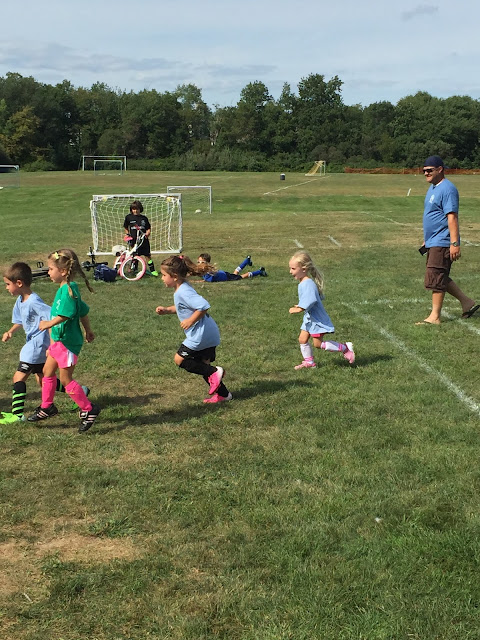 Kate had her very first soccer game.  She is having fun being part of a team.  Kate runs back and forth with her team, but she isn't really interested in getting too close to the ball yet.  She is happy to go in whenever her coach calls her though!

We ended August with a bang.  Ha ha! 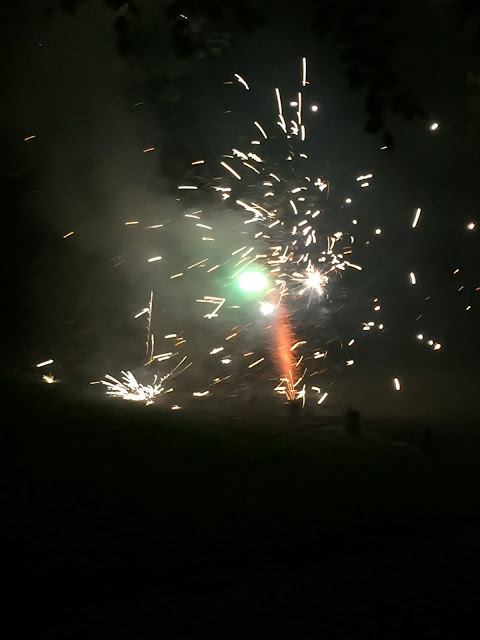 We had an end of summer party and I guess I was too busy having fun to take many pictures, but I have a couple of some of the kids watching Tom's fireworks display. 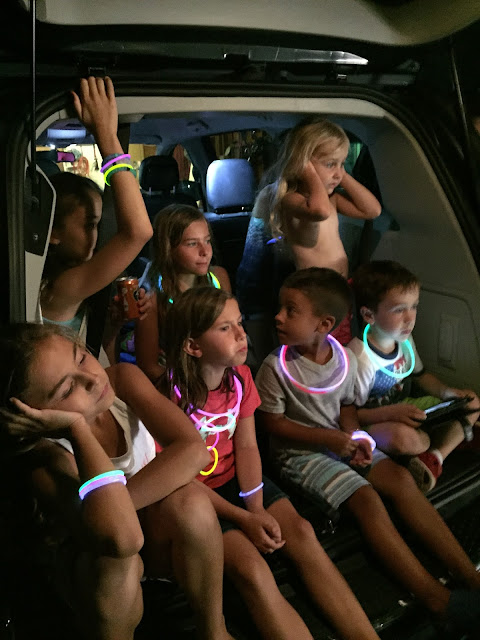 Now I have to catch up on September before this month is over!
Posted by Christy Killoran at 3:02 PM No comments: